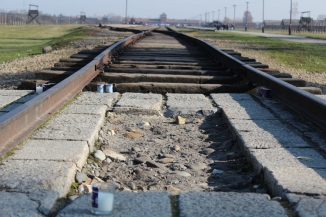 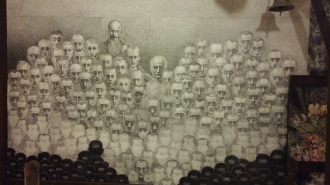 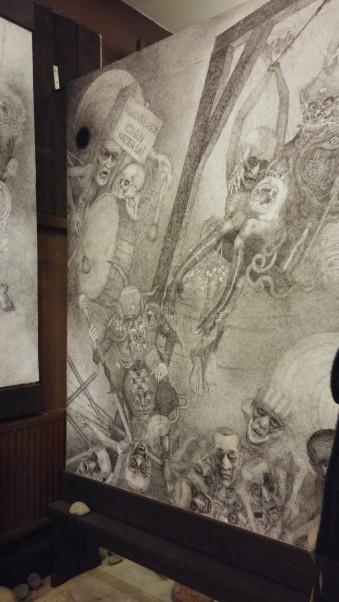 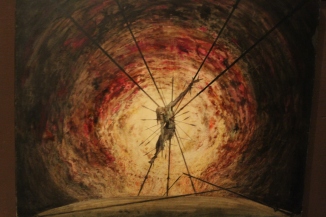 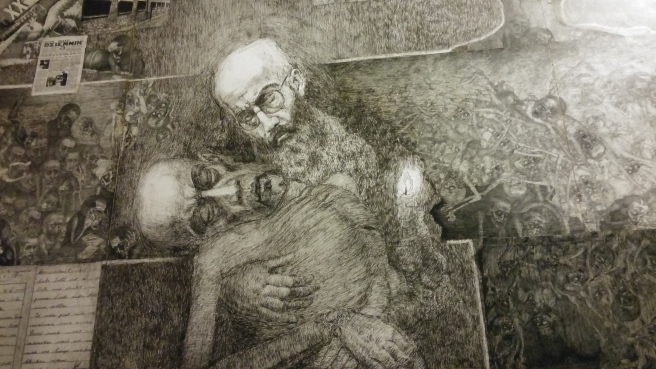 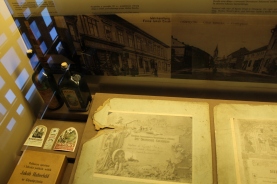 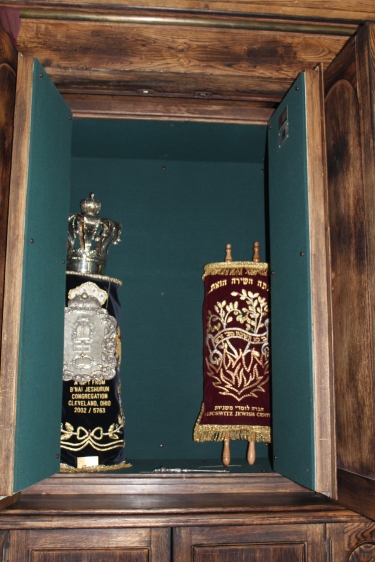 Authors of the posts:

Auschwitz is horrible. It is monstruosity. Madness. I don’t believe how people could be so unhuman. It’s like a deathly game, a sort of survival horror. Life and death, good and evil, everything is confusing. You can survive, you can be killed, it does not depend on you, it does not depend on anyone. Maybe it depends on a sort of a strange, sadistic creature, who decides that everybody must go mad.

If you are lucky (or unlucky) to survive, like Marian Kolodziej, your life cannot be the same afterwards. Not only during his life in the camp, but also after the liberation, like many other survivors, he had symptoms of the trauma he had been through, like insomnia, shame, sadness and feelling of guilt… These feelings never abandoned him for his entire life. Marian, survived Auschwitz, never told anything about his life in the camp, until, after a stroke, he began to draw which became a therapy. Drawing reminded him the atrocity he lived. He recognized that for his whole life he wore a mask, livng as a fake person.

It was time to take off the mask.

Through his artistic work, Marian could reconcile his two personalities, the prisoner and the survivor, which before the stroke tormented him with the symptoms of a Survivors’ Syndrome.

Why? Why did he feel guilty? Why did he destroy his personality? Why was he unable to change his life before? Why did he need to wear a mask? The answers, as the Italian ex-prisoner and writer Primo Levi said in his essay „The Drawned and the Saved”, may be various:

But these are uncertain answers. Because the prisoners had to face pure evil and unsensed cruelty and this could bring to madness. Talking about the „human race” that committed those actions or survived is inappropriate, because there were no humans as such anymore in the camps: in Auschwitz, like in other „death machines”, there weren’t humans torturing other humans, there were beasts fighting other beasts. Because the prisoners were considered ANIMALS and to survive they had to become MONSTERS.

pictures to be added…

This blog 'Holocaust Why?' is a result of the work of the students from Poland, Germany and Italy who gathered together in order to learn, explore and reflect on how Holocaust influenced to the modern world and thinking. Here you will find our reflections, impressions and thoughts of our 5 days experience while completing the three-sided project. Welcome to our site. Zobacz wszystkie wpisy opublikowane przez zachowacpamiec